Angels' Hands Bearing Me Up?

Foreword:  I am not normally a fearful person. But if I have one "fear", it is fear of falling...especially ever since I had major back surgery about six years ago and have 4 screws holding my spine in place...perhaps that is why this little incident this past week has made such an impact on me. Read on...

"For He shall give His angels charge over you, To keep you in all your ways.  In their hands they shall bear you up, Lest you dash your foot against a stone."  Psalm 91:11-12

I experienced this first hand this past week...well, almost!  The angels weren't quite quick enough to keep me from "dashing my foot against a stone", that is, the crack in the concrete sidewalk at my place of employment...which happens to be a church...No, they were a little late on keeping me from stubbing my big toe against the pavement. Perhaps they had more lofty assignments at that particular moment...I know there have to be more important issues going on around me than my particular act of clumsiness.  And it is quite a flight down from the top of the church "Spire" (where the angels probably stand all day long watching for the wayward and the clumsy)  to the place where I was taking my false step...BUT, I have to say that, although my guardian angel may have been a bit slow on the "bearing me up" part to keep me from dashing my foot against the stone (pavement), he or she got there just in time to keep me from smashing my body all to pieces as I "gracefully" (according to one eye-witness) plummeted my body face first, splat!, right onto the very hard surface of that ancient walkway.

After I collected my senses, (once I was pronounced able to go ahead and sit up by our Associate Pastor, who also happens to be a registered nurse, but only after he made sure all the toes and fingers and other appendages were able to wiggle and had complete feeling) I shakily regained my composure and began to assess my situation.  There did not not appear to be anything broken.  My right cheekbone and my right hand were somewhat bruised and scratched.  My knees had minor scrapes, and my right shoulder had a small abrasion and bruise...and that was basically the extent of my injuries.  As the shock of my embarrassment and humiliation wore off, I realized something very wonderful.

"For He shall give His angels charge over you, to keep you in all your ways.  In their hands they shall bear you up, Lest you dash  your foot against a stone..."  Psalm 91:11-12

God's angels were dispatched immediately to bear me up...They may not have kept me from tripping...but I know there had to be an angel sandwiched between me and that pavement!.

My apologies to that heavenly being...I know...I need to go on a diet! I also need to learn to pick up my feet! I'm so sorry that you were most likely squished flatter than a pancake! But you were there! You cushioned my fall! You covered my face with your wings...you lifted me up so that I was not broken.  You protected my fragile spine that already has 4 screws in it from a previous major surgery...so that no new injury came to my body.

My glasses, although they flew off and across the concrete...do not have a scratch on them!  The rings on my right hand, even though they did cause me to have a couple of small lacerations (miniscule) on my fingers, the rings were not even damaged...something I find quite remarkable and precious...one set of rings was my dear mother's wedding rings that I have worn since both my parents left this earth for heaven, and the other was a sweet gift from my husband...a gift that I treasure.

Do I believe in guardian angels? Believe me, this is not the first time God has dispatched His heavenly messengers to intercede on my behalf! I could name numerous times that I have been rescued from danger, protected from harm...and those are just the times I know about!  I can only imagine how many times I could have been in serious danger and I was not even aware of it.  I believe God has sent angels to bring messages of hope and encouragement during times of distress and uncertainty.  He has probably sent us "angels unaware"...strangers that we have "unwittingly entertained" in our own home (see Hebrews 13:2)...

"Do not forget to entertain strangers, for by so doing some have unwittingly entertained angels..."

Yes, I do believe in angels...you only have to read the many references in the Bible about angels to know that they exist.

That is why I have not ceased to praise the Lord ever since I recovered from this little mishap this past week. This was such a minor accident...and yet it could have been so much worse. Only God, in His mercy, could have kept me from being seriously injured. I mean, I am not a young person anymore. My body is fragile and my bones are getting brittle.  And yet, I have had more energy and strength in the past couple of days since this incident than I remember having in a very long time. I have felt infused with a new sense of "God is with me"...aka, "THE PRESENCE OF GOD"..."EMMANUEL".

Don't get me wrong... I have been stiff and sore...I have a few bumps and bruises...but I have so much joy because I know I was spared from something so much worse.

How about you?  Do you/have you ever recognized the supernatural work of God in your life?  Can you think of a time that He may have dispatched angels on your behalf..."to bear you up...lest you dash your foot against a stone?"  What about those "angels unaware"...strangers God may have sent to you either for you to minister to, or so that they could minister to you? Have you thought about that? It may cause you to look at the stranger sent to your home or place of work a little differently from now on.

Makes us stop and think, doesn't it? Just remember...the angels are God's ambassadors. They are not to be worshipped themselves...but they should cause us to pause and take a moment to give praise to the One from Whom they were sent. That's why I am writing this today.  I just want to say, Thank you, dear Lord! Amen! 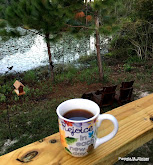